Medical marijuana has been legalized in a number of states. Several other States have pending legislation to approve the legalization of marijuana for medicinal purposes. Estimates show that over 2 Million Americans use medicinal cannabis. That figure is expected to grow as medicinal use becomes more accepted and legalized in additional States.

While many insurance companies treat marijuana smokers as “smokers” and charge tobacco rates, Prudential does not.
In fact, Prudential only 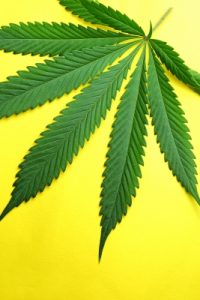 If you are using marijuana for medicinal purposes but are in  non-medical marijuana approved state, then Prudential, as well as other companies view you as a recreational user. With Prudential you can still get non smoker rates and possible qualify as Standard Non Smoker for recreational use. It is generally helpful to disclose how you get the marijuana and how often you are using it. The more information you provide the more accurate a quote you will get, and likely a better result as far as pricing.
When it comes to medical or recreational marijuana, Prudential is an excellent company to consider. They are also excellent if use tobacco in any other form except cigarettes, as they will give you non smoker rates for pipe,cigar, and chewing tobacco.
You can get a custom quote by filling out the form below or call me if you would like to discuss your specific situation and get the best rates for term life insurance.